A perfect combination of music and visuals come together in this film to make one of the best cinematic experiences I’ve had in a very long time. This film takes what we think about scores and turns it on its head. Edgar Wright has proven himself one of the best directors once again. This film is not a musical, it’s not a normal action movie. I would say that it’s only similar to Guardians of the Galaxy, Scott Pilgrim, or I’m Not There in recent memory. I would say it’s most like Guardians, but Baby Driver realizes its vision to such an extreme, it’s almost a completely different movie. 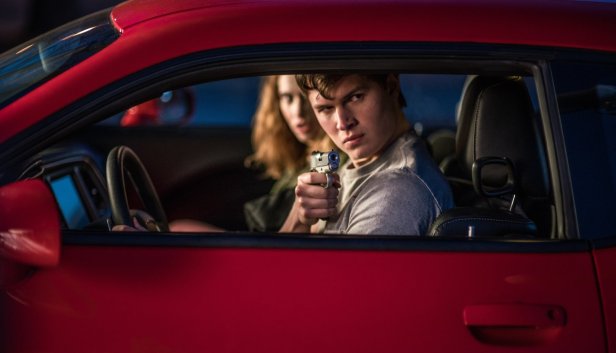 This film can’t only be about having a great score. It must have other key elements as well. The acting in this film is also great. Led by Ansel Elgort, Jon Hamm, Eliza Gonzalez, and Lily James, Baby Driver delivers some of the best ensemble cast performances of the year. The way that the characters interact and work with each other is fantastic and an absolute blast to watch. Add in Jamie Foxx and Kevin Spacey and you have one of the best ensemble casts that we’re graced with seeing. 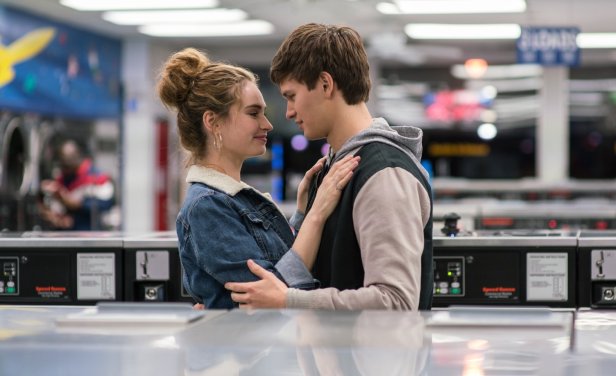 Ansel Elgort and Lily James made this movie so much better. Their chemistry was palpable and was amazing to see on screen. Their performances would have made this movie even if there was nothing else going on. Their dynamics were interesting and would’ve been enjoyable doing simple things like just getting to know themselves. One of the best scenes is when James is doing laundry and Elgort is trying to get away from his present situation. The nuance in expressions took this film to the next level. 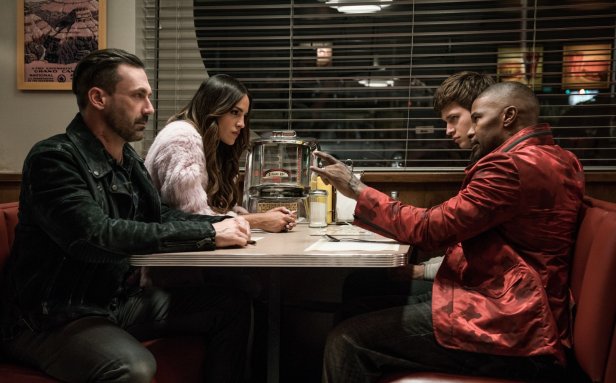 I think it’s easy to forget that this film convinces you to root for the most terrible people. We establish deep connections with these inherently flawed people that hurt more people than we can ever imagine. I was blown away by how we want each character to succeed to “save” themselves while hurting many other people. The film tries to justify what we want to believe about Elgort as the film goes on. The film shows that we even believe that he’s more and more innocent during some of the concluding scenes. 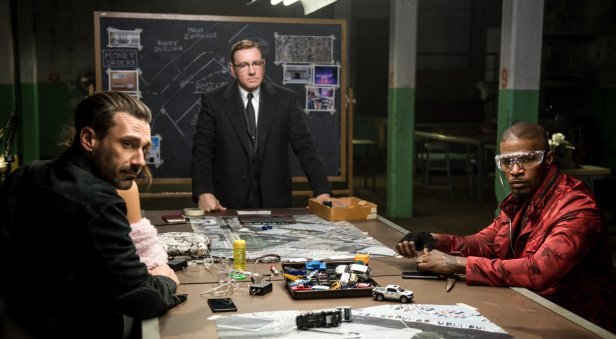 The plot in this film should also not be slept on. It has its moments of intensity that make it fun to watch and pay attention to. Each characters’ actions are poignant and give candid responses to other characters’ actions. It was nice to see how they all came together or formed their different crews for each plot and devious crimes that were being committed. The film knows how to build up and make you truly care about who’s involved in what’s going on. I was so surprised by how much I didn’t really care about the major plot hole which is that the security systems in the city of Atlanta seem to be nonexistent especially in a downtown area with many security cameras and police.

The pacing of the film is largely based on how the score influences how characters interact and move with the rhythm of the song. It’s fun to see how much influence the score has and Elgort even rewinds a song when his rhythm is shaken. The overall pacing of the film is phenomenal even without the score. Not a single scene is wasted in this film. Each scene has purpose and energy to it that make it nearly perfect.

Overall, this film has scooted its way up to my favorite in 2017. It’s poignant and energetic. It’s different and uses its actors in different ways. The way Elgort and James capture attention makes this film one of my favorites in recent memory. Add in the fact that the score moves the film in new and inventive ways and you have one of my favorite films.